We’ve had some great trips recently with one trip to remember – a 3 day-er with well known marine artist Craig Smith (http://www.craigsmithmarineart.com) and legendary taxidermist Bill Spooner (Australian Creative Fish Mounts). In amongst some great stories and rowdy nights we released two good size marlin (800,400) and lost another into the fight with everyone putting her at 900lbs.

Another short trip consisted of local Father and Son team, John and Jack Donaldson. A great trip with John reminiscing the old days were he ran a game boat out of Lizard Island for a number of years. They released 2 medium size marlin from 4 bites. Jack topped his PB coral trout during the morning spearfishing measuring 75cm!

We also had famous angler Lauri “The Fishing Finn” Pennanen fishing with us over 2 day trips amongst the full moon. This was his 23rd year fishing in Cairns! The marlin fishing was difficult but managed to catch a little one about 300lb from 3 bites. We also released a 500lb whaler shark the first day that gobbled a tarpon!

We have a few more upcoming days chasing Cairns Marlin and then off to find the Grander Blue Marlin amongst the annual tuna aggregation. Will keep you posted! 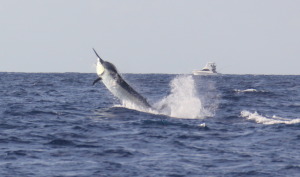 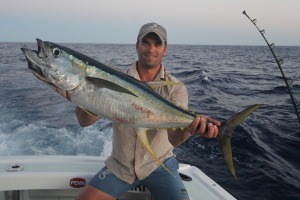 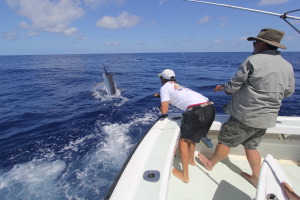 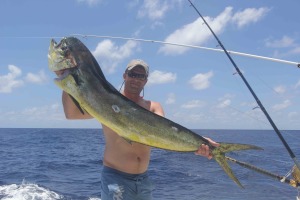