Ribbons reefs, prawns at dusk, fish most meals, coconuts for brunch & good company, what a trip! We set north up in the ribbons reefs early September with the Back to Basic Adventure boys and the crew. The ribbons are out along the shelf off Cooktown, were they produce the best Cairns spearfishing has to offer.

The goal was to chase the dream fish, dogtooth tuna. Unfortunately the weather was not on our side , so we stuck behind the shelter and speared massive bommies and shallow lagoons. The dogtooth tuna are out the front of reefs and are in deep gullies in between shallow shoals, but the chop and swell was to harsh. So we stuck to the reef species –  trout, green jobfish, mangrove jack and crays. The Back2Basic crew got some awesome action for their social media fans and upcoming tv show. 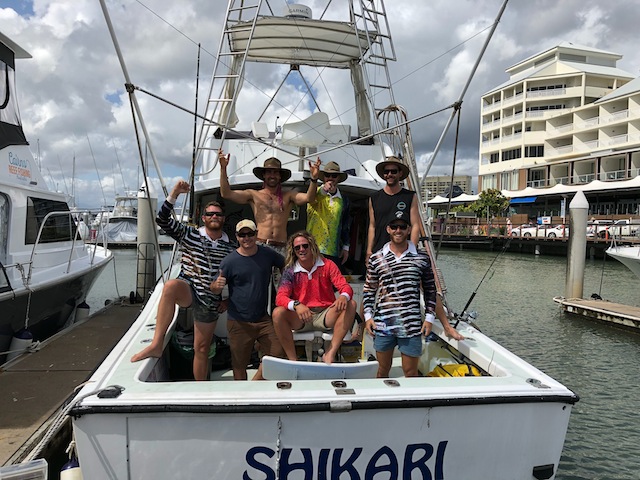 The boys about to depart out from Cairns

Lex, Zac and Ash with 3 green jobfish on the first morning 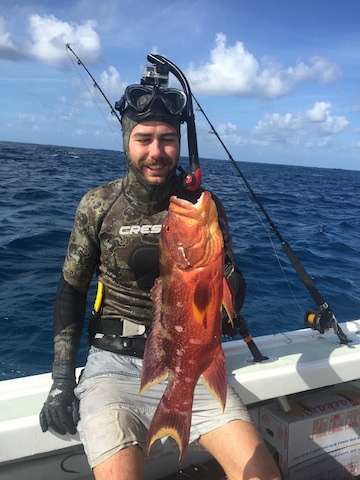 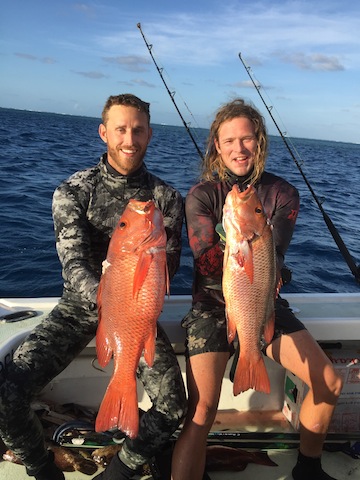 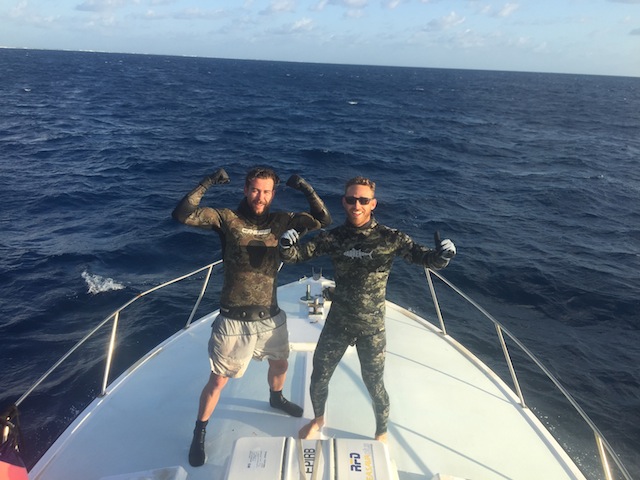 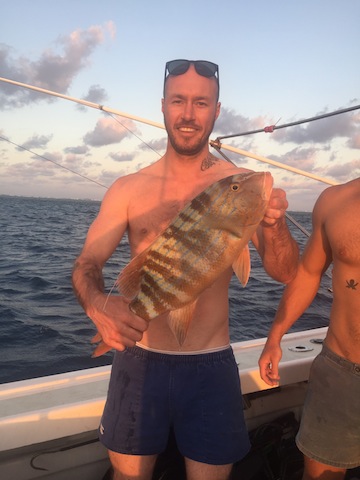 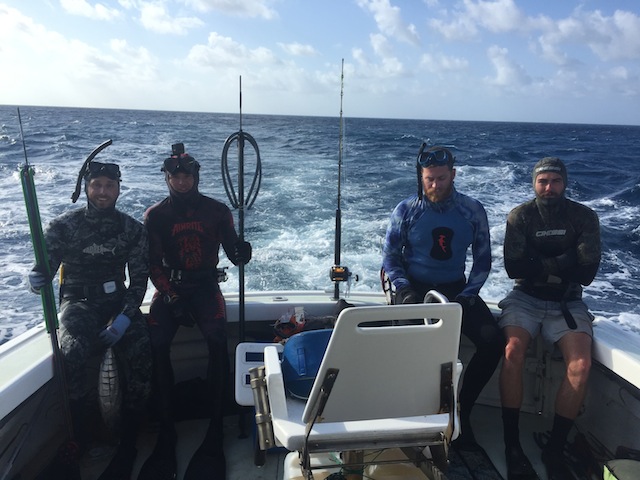 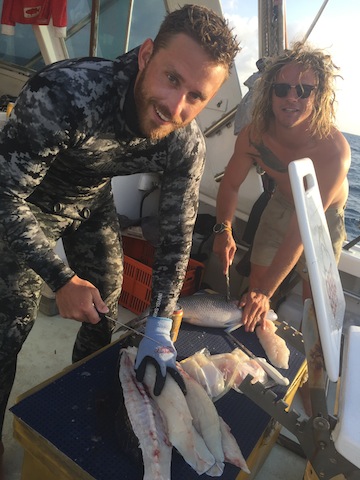 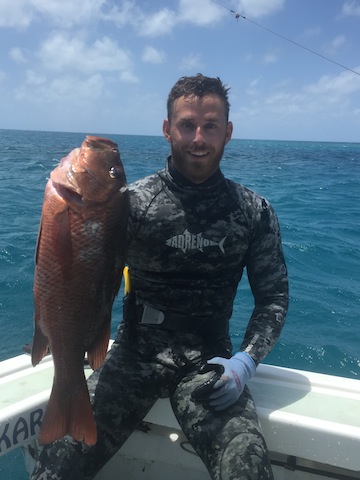 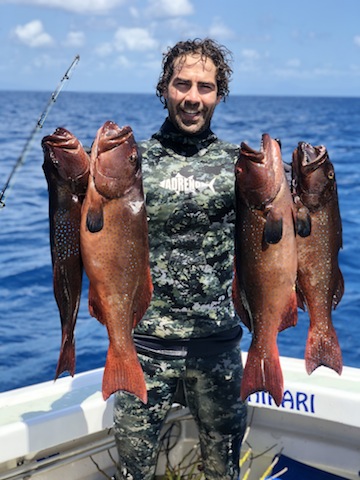 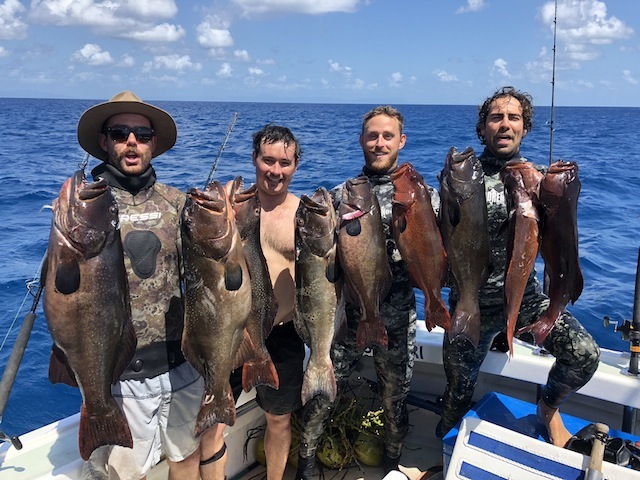 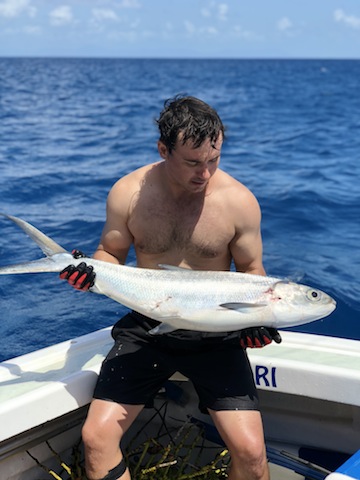 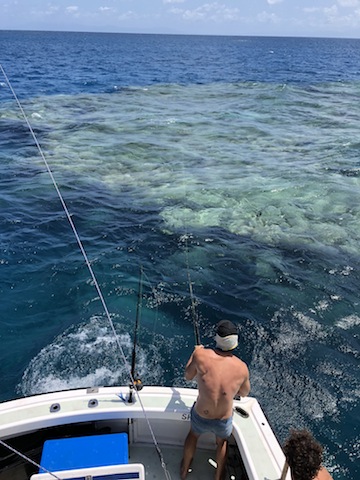 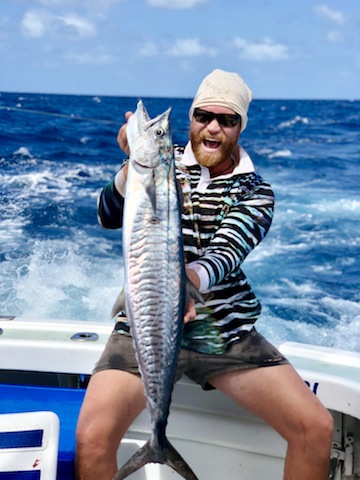 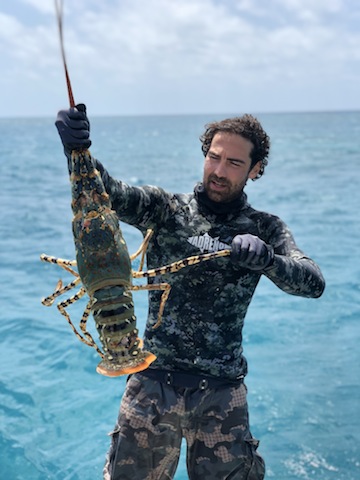 Az with a big cray pulled out from underneath a rock