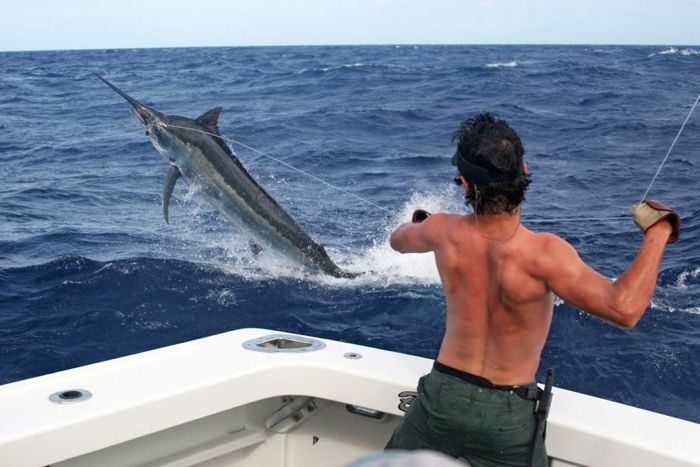 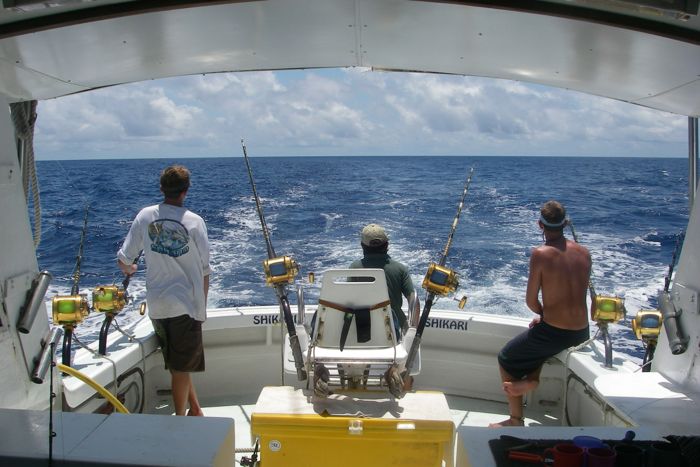 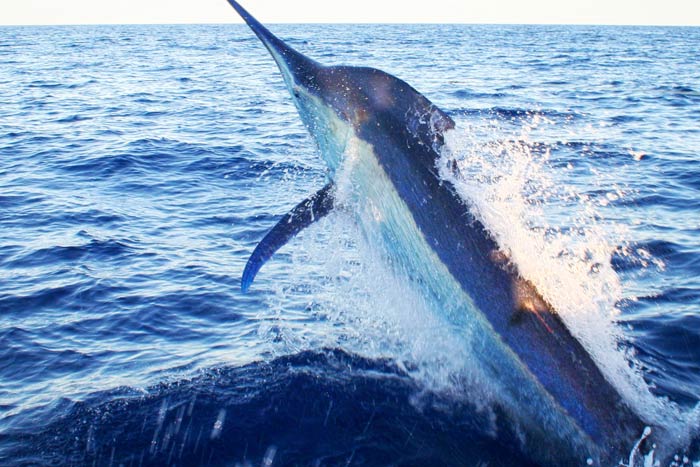 Join us for world class marlin fishing aboard the legendary “Shikari”. We have decades of experience with Giant Black Marlin and light tackle sportfishing pelagics. The 40ft machine is equipped with the latest technology to help you find the catch of your life!

The fishery first started in Cairns in the 1970’s. Capt. George Bransford and angler Richard Obach weighed the first 1000lb Black Marlin in 1966. Since then, there has been more big black marlin caught on the Great Barrier Reef than any were else in the world combined!

Giant Black marlin congregate along the edge of the Great Barrier Reef from September to December. They swarm in great numbers and catching a fish over 800lbs is common.

This fishery is predominately a bait fishery, where trolling large baits up to 20 pounds is regular. 2-3 rods are used at a time, using both swim and skip baits. Top baits used on the GBR are scaley mackerel, mac tuna, queenfish and scad.

Single day and liveaboard charters are available. These trips depart from the tropical tourist town of Cairns, gateway to the Great Barrier Reef. Departure is at 7am and returning back to Cairns after 6pm. Many big fish have been caught on day trips at the hot-spot known as ‘Linden Banks’. The skipper Alex Johnston, caught his IGFA Junior World Record Black Marlin of 1093lbs, in this area.

Although you can increase your chances landing a big fish by living on the reef for multiple days. Mornings are spent reef fishing for a fresh feed and snorkeling on pristine outer reef systems. Liveaboards also allow anglers to move freely along the outer edge to were fishing is best.

The marlin fishing seasons are always in high demand so get in quick and contact us for your once in a lifetime experience! 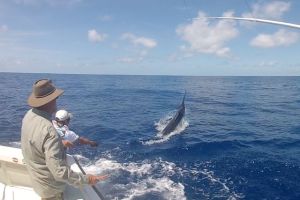 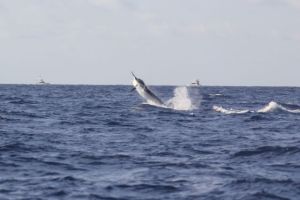