We had a great three day liveaboard with father and son, David and Joel from Singapore. We started off the morning with a couple of spanish macs on the way out to Linden Bank amongst some birds. It was Joel’s dream to land a Cairns Black Marlin, and his dream came to reality that afternoon! A fish at 400lbs did some great jumps and was shortly released at the back of the boat. We had a great night celebrating and bottom fishing in the shallows behind Opal Reef.

We were up and about early in the morning for a quick snorkel and bait fishing. We only had the one bite day two. Day three however produced some great cairns marlin fishing with Joel releasing a good fish around 600lbs in the morning. Not long after the skipping scaly got gobbled and David was in the chair on one we called 900+! A great first trip for the 2014 season! 3 marlin and 12 different species of pelagics – yellowfin, mackerel, trout, GTs, cuda etc. More pics to come.. 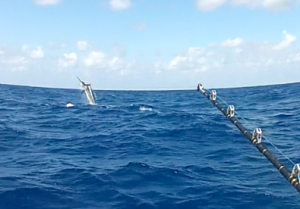 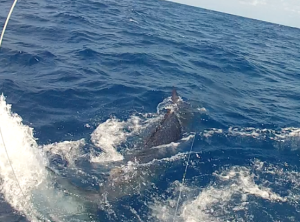 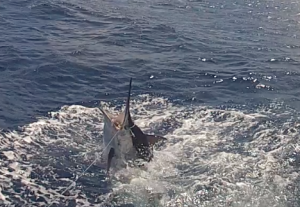 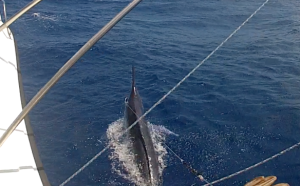